Jackie Nickel Gone But Not Forgotten 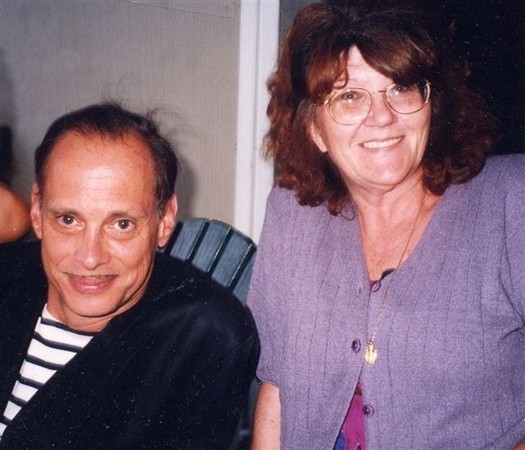 Local journalist, community activist passed away from cancer in 2007, but her legacy lives on.

﻿Did you ever have an attack of nostalgia?

You know when you feel a little wistful, have a little longing for what was, and where you want to stop and just reminisce about those good old days, those really fun times while remembering those great friends you spent time with?

Well I had just such an attack recently!

While pulling into the parking lot at Waterview Center on Eastern Boulevard, my mind flashed through its mini-slide show of memories. A clear picture of the original Mars Supermarket was right next to the Highway Theatre with a drug store on the corner of the block. Such fond memories.

Those memories also brought to the fore the trips to the movies with childhood friends. In my case, this included Jackie Nickel. Jackie actually became a legend in her own time and that legacy lives on.

Jackie was a good dancer, quickly learning all the latest dances as we watched Buddy Dean – TV’s teenage rage that introduced all those crazy dances, like the twist, mashed potato and the swim. The 1960s equivalent to today’s MTV. We perfected those dances while attending the teen center at Back River Elementary School on weekends. And, as life moved on, Jackie married, became the mother of three sons and also became a teacher.

Later Jackie participated in various civic groups such as the Essex Middle River Civic Council and the Back River Neck Community Association. She was a very active advocate for whatever she thought was right, especially within her community of Essex – Middle River. She also loved history. She was a journalist having worked as a reporter and editor for The Avenue News as well as the editor of the Essex Times (now The East County Times). Upon her semi-retirement, Jackie returned to The Avenue News as the editorial columnist. She also knew Baltimore native and famed movie producer John Waters personally. And, she was on a first name, home phone number basis with most of the politicians that crossed her path since they knew Jackie had the pulse on the community at heart.

Jackie was also a published author; her books include one that the Chesapeake Publishing Co. (parent company of The Avenue News) published “Memories of ‘Old Middle River: A Loving Look Back at the Town and its People,” a 48-page history of Middle River from the late 1800s to post-World War II. A very worn, “reference-only” copy is still available at the Essex Library. Her most treasured accomplishment was publishing “Essex” in April 2007 by Arcadia Publishing as part of its Images of America series. She was very proud of this book and was discussing how she could use it as the first step in a three-book series. She thoroughly enjoyed meeting interesting people at autographing sessions and receiving more pictures that could be used for book two.

Continue reading “Jackie Nickel Gone But Not Forgotten” at Essex.patch.com.

One Response to Jackie Nickel Gone But Not Forgotten